Dun Lough castle, Dun a Locha, the fort of the lake, is perched on the edge of 100 metre cliffs on the western headland above the Mizen Head. It is the oldest of the O’Mahoney castles, built by Donagh na Aimrice O’Mahoney, Donagh the migratory, in 1207, soon after the Norman invasion. A scholar and traveller on pilgrimages to the Holy Land and renowned for his generosity, Donagh erected this structure on the site of an ancient Celtic promontory fort. The castle consists of three towers, hence the title “Three Castle”, connected by a rampart wall of some 20 feet in height; one of the highest medieval walls still intact in Ireland. These walls run from the edge of the cliff, connecting the three towers eastwards to the lake. They then continue as a fortifying barrier along part of the lake on the northwest edge, continuing at the eastern end of it down to the cliffs on the northern face of the peninsula. 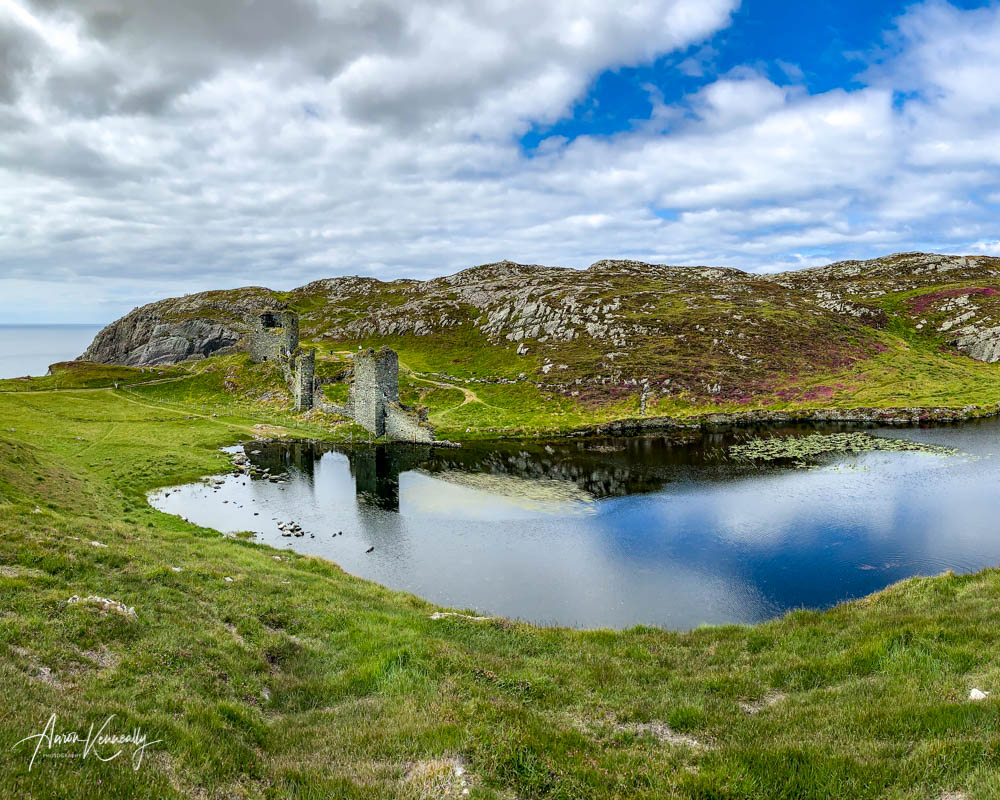 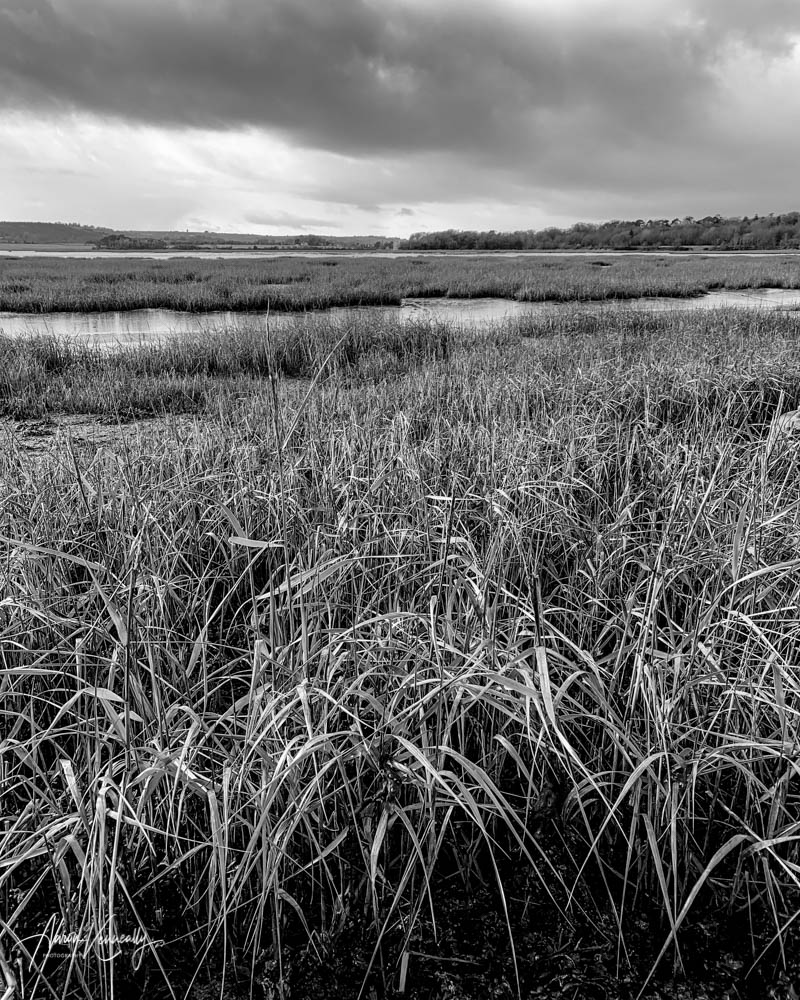 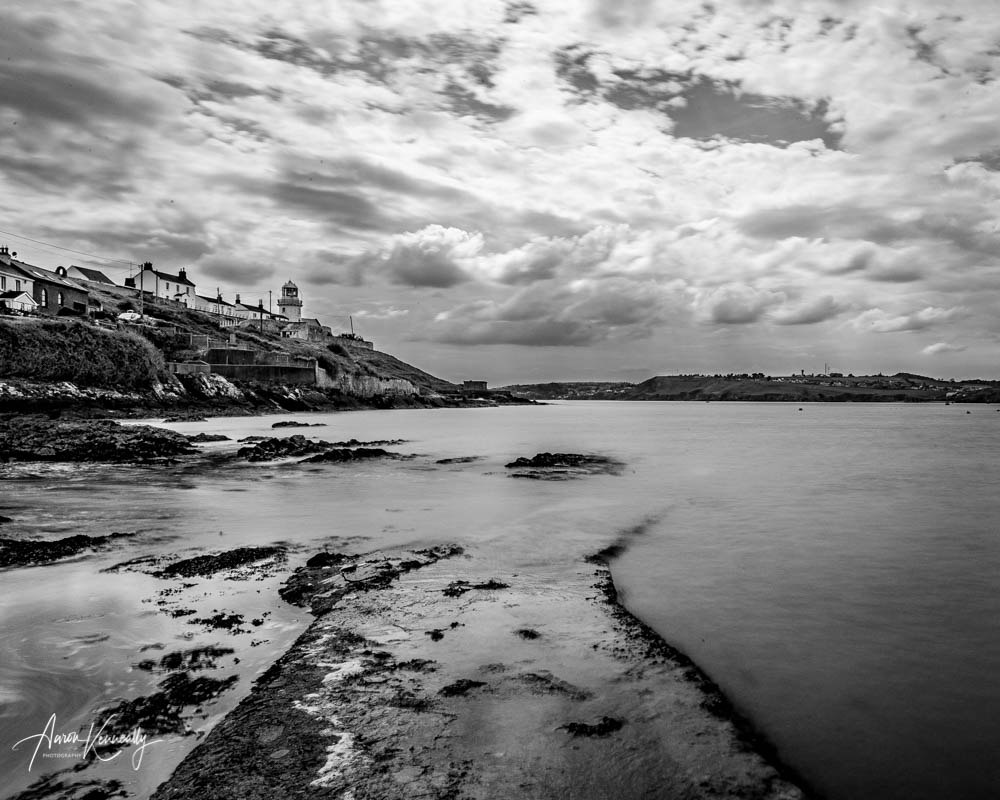 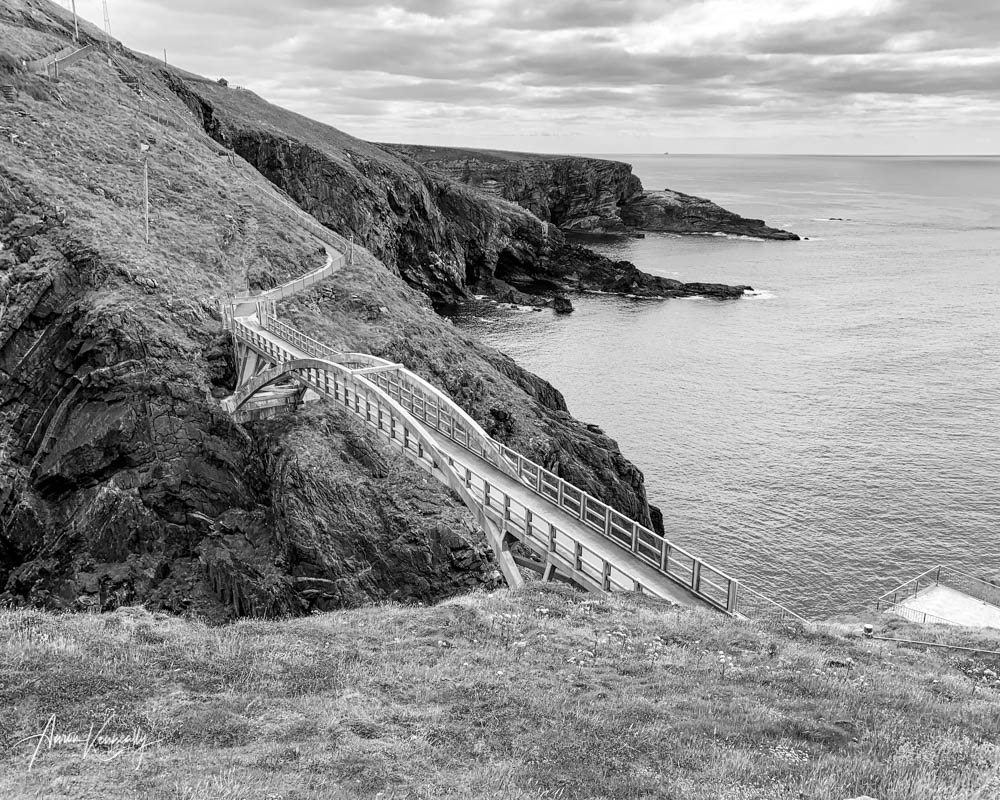